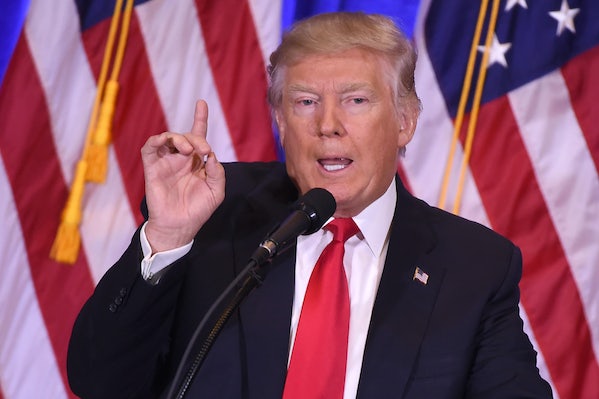 Trump should avoid using the word “asset” when talking about his relationship with Putin.

In the jargon of the intelligence community, an “asset” is someone who is being spied upon so that they can be used as leverage against a third party. There are allegations circulating in the press, based on leaks from the intelligence community, that Russia has cultivated Donald Trump as an asset, keeping tabs on him and developing ties with his staff. So it was, at the very least, a poor choice of words when he said at his press conference on Wednesday morning, “If Putin likes Donald Trump, I consider that an asset, not a liability, because we have a horrible relationship with Russia.”

“President Putin and Russia put out a statement today that this fake news was fake news,” Trump said. “I respected the fact that he said that.” He argued that it was implausible that the Russians would’ve taped him doing anything compromising in 2013 since he was well aware that he could’ve been taped, and thus would have been careful. Plus, he’s a “germaphobe,” so the story of him hiring sex workers to urinate on him was equally unlikely. In sum, Trump concluded, “If they had something, they would have released it.”

This ignores the fact that the intelligence community believes Putin wanted Trump to win, and that Russia is in a better position to use whatever information they have on him once he is president.