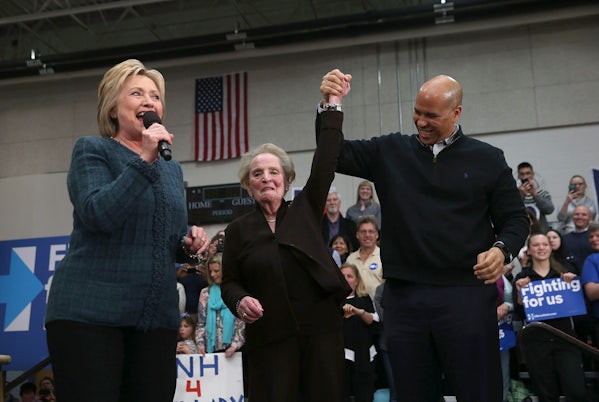 Cory Booker is not your friend.

Fresh off a rousing speech against Jeff Sessions’s nomination to become attorney general, Booker voted against an affordable drug proposal from Senators Amy Klobuchar and Bernie Sanders on Wednesday evening. Had it passed, the bill would have created a reserve fund to allow Americans to import inexpensive prescription drugs from Canada. Booker was one of 13 Democrats to reject it, a boon to Big Pharma.

Booker had earned liberal acclaim earlier on Wednesday for his testimony against Sessions’s nomination:

“Senator Sessions has not demonstrated a commitment to a central requirement of the job—to aggressively pursue the congressional mandate of justice for all,” he said. “At numerous times in his career, he has demonstrated a hostility toward these convictions, and has worked to frustrate attempts to advance these ideals.”

Booker is exactly right about Sessions’s record, and his decision to violate Senate norms is admirable. But his rejection of the Sanders-Klobuchar proposal is the latest entry in a legislative record that should worry progressives.

As Newark mayor, he accepted a $100 million donation from Facebook founder Mark Zuckerberg to implement a series of drastic reforms in city schools. According to investigative reporter Dale Russakoff, the people of Newark found out about it from Oprah: Zuckerberg and Booker appeared on the show to announce the grant. Most of the funds later went to charter schools. He’s long been a proponent of school vouchers, despite evidence that voucher programs don’t actually create better educational outcomes for students.

He also has close ties to Silicon Valley and Wall Street. In 2013, this magazine reported that Booker had been late to disclose the extent of his stake in Waywire, a tech startup he helped found during his tenure as mayor. There were other troubles; Waywire also employed Booker’s associates, and CNN’s Jeff Zucker’s then-14 year old child sat on its board. (Booker eventually stepped down from the startup.)

And he handed Mitt Romney an unexpected favor in 2012. On Meet the Press, he called attacks on Romney’s ties to Bain Capital and private equity “nauseating.” It apparently paid off: In 2014, WNYC reported that Booker received more Wall Street funding than any other U.S. senator that election cycle.

Booker clearly has national ambitions. His connections and public image could translate to a viable run for the presidency in 2020. But unless he drastically rethinks his politics, he isn’t the progressive candidate America will need after four years of Donald Trump.