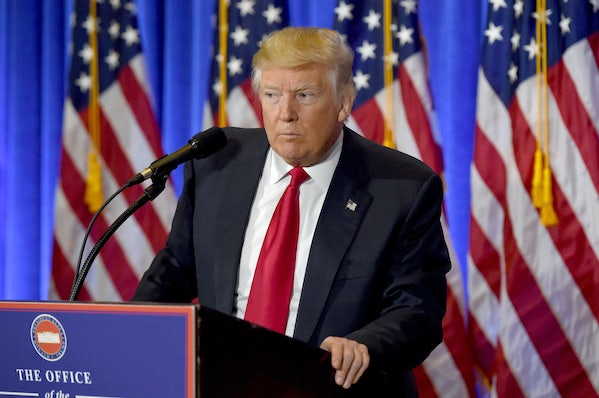 “I’ve had a lot of briefings that are very … I don’t want to say ‘scary,’ because I’ll solve the problems,” the president-elect told Mike Allen and Jim VandeHei in an interview for their new media company, Axios, published Wednesday. “But … we have some big enemies out there in this country and we have some very big enemies—very big and, in some cases, strong enemies.”

In a sense, the fact that Trump is a little freaked out is good. Trump is impulsive and reckless in a way that’s literally threatening to global stability. If clear-eyed threat assessments leave him sobered—“dare we say, humbled,” Allen and VandeHei wrote—that’s heartening.

But the Axios founders would have us read Trump’s jitters as evidence that Washington changes presidents: “Dick Cheney’s friends used to tell us he was a decidedly darker, changed man once he started reading the daily intel reports after 9/11.” The bigger story is that Trump is woefully unprepared for this job—totally out of his league on deadly serious national security responsibilities. It’s no wonder he’s spooked.