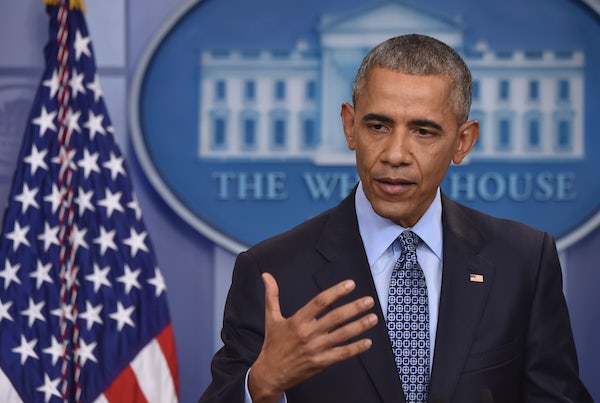 In the final press conference of his presidency on Wednesday, the president reiterated that he’ll largely keep quiet once President-elect Donald Trump takes office on Friday. “It is appropriate for him to go forward with his vision and his values,” Obama said.

Yet Obama also detailed “certain issues or certain moments where I think our core values are at stake” that might “merit me speaking out.” He cited “systematic discrimination being ratified in some fashion,” “explicit or functional obstacles to people being able to vote,” “institutional efforts to silence dissent or the press,” and “efforts to round up kids who have grown up here and for all practical purposes are American kids and send them somewhere else.”

Given that a few of Trump’s campaign pledges fall under these categories, it’s likely Obama will be speaking out in the next four years. The president’s die-hard supporters will also hold out hope that he’ll be a candidate again someday. Despite having said he’d run his last campaign, Obama said on Wednesday he’s not running for office again “anytime soon.” So you’re telling me there’s a chance?