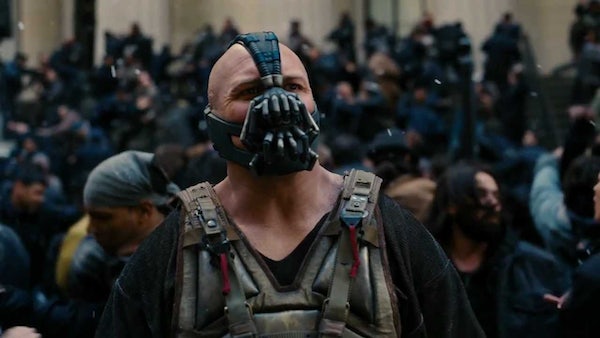 Donald Trump’s inauguration speech echoes not Washington or Lincoln but Bane from The Dark Knight Rises.

President Trump’s inaugural speech also had an allusion but an unusual one. Bane is perhaps the most political villain in the Batman pantheon. In The Dark Knight Rises, he leads a populist revolution against the corrupt elite of Gotham City. In one speech he says, “And we give it back to you ... the people.” These words were repeated almost exactly by Trump. The inflection and pause were also the same. The prospect of President Bane is not a reassuring thought.