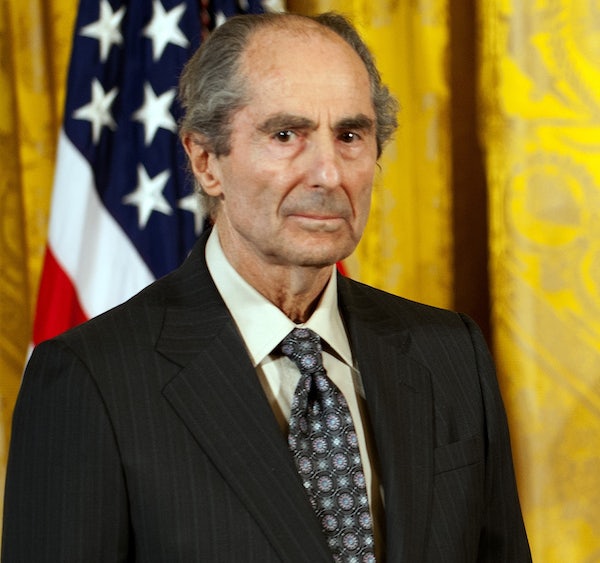 Talking about Trump, Philip Roth notes that at least Charles Lindbergh had an ethos.

Many have been curious about Roth’s opinion on Trump because the famed novelist is the author of The Plot Against America, an alternative history published in 2004 imagining what would happen if a racist demagogue won the presidency with the slogan “America First.” Thanks to an interview in The New Yorker, we now know that Roth thinks that the real-world victory of Donald Trump is actually stranger than Roth’s own imaginings. “Lindbergh, despite his Nazi sympathies and racist proclivities, was a great aviation hero who had displayed tremendous physical courage and aeronautical genius in crossing the Atlantic in 1927,” Roth notes. “He had character and he had substance and, along with Henry Ford, was, worldwide, the most famous American of his day. Trump is just a con artist. The relevant book about Trump’s American forebear is Herman Melville’s The Confidence-Man, the darkly pessimistic, daringly inventive novel—Melville’s last—that could just as well have been called The Art of the Scam. ”

Roth also notes that neither Richard Nixon nor George W. Bush was as “humanly impoverished as Trump is: ignorant of government, of history, of science, of philosophy, of art, incapable of expressing or recognizing subtlety or nuance, destitute of all decency, and wielding a vocabulary of seventy-seven words that is better called Jerkish than English.”