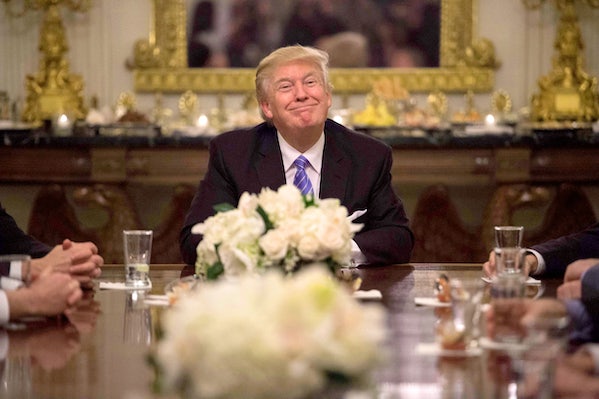 Trump has been president for five days now, but he’s still stuck in an election that ended three months ago. On Monday night, he met with members of Congress and once again thought it fit to re-litigate an election he lost by nearly three million votes. Here’s The Washington Post on the meeting:

Days after being sworn in, President Trump insisted to congressional leaders invited to a reception at the White House that he would have won the popular vote had it not been for millions of illegal votes, according to people familiar with the meeting...

Two people familiar with the meeting said Trump spent about 10 minutes at the start of the bipartisan gathering rehashing the campaign. He also told them that between 3 million and 5 million illegal votes caused him to lose the popular vote.

Trump is fixated on the result of the election because he seems to be obsessed with his own legitimacy as president. This fixation not only further damages his presidency by showcasing Trump’s pettiness and narcissism, it also ties him up—it damages his political capital and distracts him from pushing his destructive policies. Obviously this won’t stop Trump from doing a lot of damage, but reminding the country—and Trump himself—of his historic unpopularity is still a winning political tactic. Let’s keep it up.