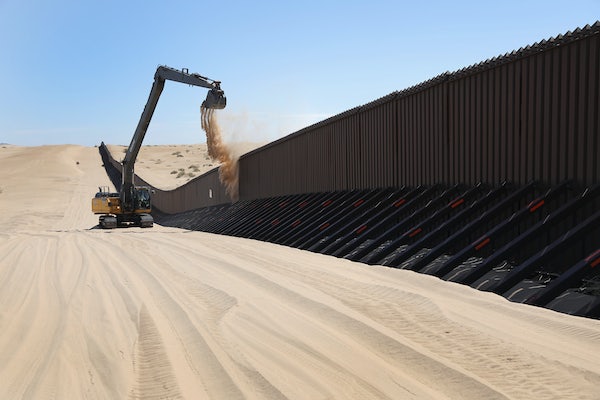 Donald Trump is going to build a wall and American consumers are going to pay for it.

It looks like the president will be keeping one of his promises, but not in the way that many of his supporters are expecting. Trump is forging ahead with the construction of a wall along the Mexican-American border, which he promised Mexico would pay for. But now White House Press Secretary Sean Spicer has indicated that the money for the wall will come from a 20 percent tariff on goods from Mexico. The political question will be how Trump supporters respond to a regressive consumption tax that will hurt the poor and working class the hardest.

Mexico is America’s third-largest trading partner, after Canada and China. The supply chain for many industries, notably car manufacturing, depends on exports from Mexico. To build his wall, Trump is taking a drastic step that will cause incalculable economic damage.

Update: Because the Trump administration still has no appreciation for the weight its word carries, and/or because it is just now understanding how tariffs work, it is now running back its initial claim. Spicer tells NBC that the tariff is just “an example” of the options available to them to pay for the wall.