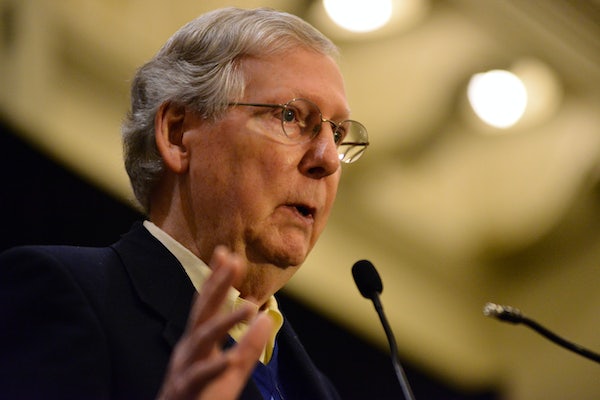 Is the Trump-GOP honeymoon already over?

Much of the right rose to President Donald Trump’s defense over the weekend, standing by his chaos-creating executive order suspending immigration from seven Muslim-majority countries. House Speaker Paul Ryan issued a statement Friday saying, “Trump is right to make sure we are doing everything possible to know exactly who is entering our country.” As Dave Weigel reported in The Washington Post, Fox News joined notoriously pro-Trump outlets like Breitbart and Gateway Pundit in providing positive coverage of the administration’s actions.

But as the Post’s Aaron Blake reports, 16 GOP members of Congress have come out against the executive order and 27 more are voicing concerns about it. Beyond vocal opponents like Senators John McCain and Lindsey Graham, Senate Majority Leader Mitch McConnell told ABC News, “I think we need to be careful; we don’t have religious tests in this country.”

“It’s hopefully going to be decided in the courts as to whether or not this has gone too far,” McConnell added.

Just one week into Trump’s administration, this was evidence that a rift could be growing between the new president and Republicans on Capitol Hill. Despite its popularity in much of the conservative media, his action was criticized by the more establishment conservative editorial boards of The Wall Street Journal and The Washington Examiner. “This is inhumane, unjust, and irrational,” the Examiner wrote, under the headline “Scrap this half-baked immigration order and start over.” The Koch brothers said the order would likely be “counterproductive.”

This criticism comes at a time when establishment Republican priorities—including Obamacare repeal—may be in jeopardy. But there’s no guarantee the GOP is ready for a full-on fight with the president just yet. If we’ve learned anything from the rise of Trump, it’s that establishment Republicans seldom have the courage, conviction, or ability to stand in his way.