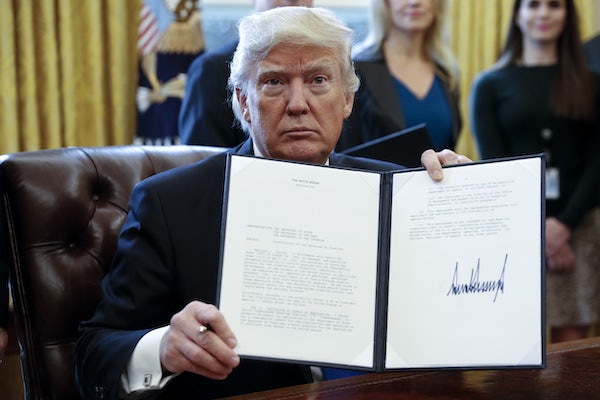 This Definitely-Not-a-Muslim-Ban ban looks an awful lot like a Muslim ban.

The White House is clinging to the pretense that President Trump’s “extreme vetting” executive order isn’t a Muslim ban, but stuff keeps happening that makes it look an awful lot like a Muslim ban. For instance, if it’s not a ban, why did the president call it a “ban”?

Then along came Israel seeking clarification that the not-in-any-way-religion-based order exempts Jewish people.

Benjamin Netanyahu is just another liberal elitist who took Trump literally, but not seriously.