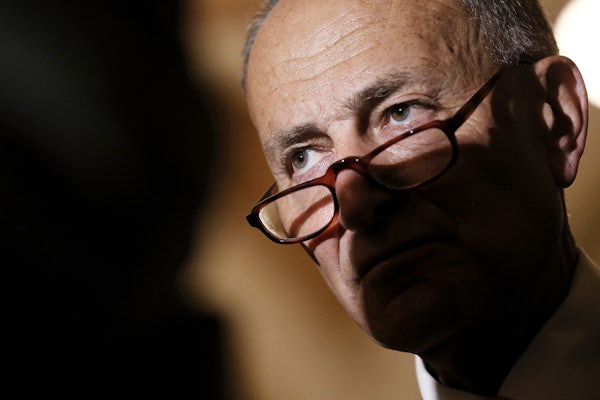 Obstruction is the Democrats’ best play right now. They should run it again and again.

On Tuesday, Senate Democrats blocked committee votes on Steve Mnuchin and Tom Price by boycotting them—for a vote to take place, one Democrat must be present. Democrats are blocking Mnuchin because he seems to have lied about the use of automated foreclosures by his former bank, OneWest, which famously once foreclosed on a 90-year-old woman who owed the bank 27 cents. Price’s committee vote was boycotted because he may have had insider information before acquiring stock in an Australian medical company—and because sketchy financial dealings with medical companies have emerged as something of a pattern for Price.

Obstruction is the only way to stop Trump’s radical cabinet picks from taking office. It also builds on a narrative that is gaining momentum—that Trump is already a total disaster for the country.