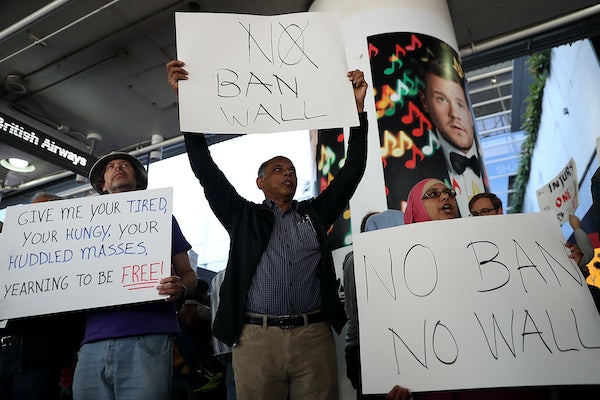 Day six of the Muslim ban is just as chaotic as day one.

According to reporting by Deadspin, the Customs and Border Patrol at LAX has been remarkably inconsistent. While some people were held at the airport for only a few hours, others waited for much longer and were faced with intense questioning. The article states that some people were detained despite the fact that they weren’t from one the seven Muslim-majority countries included in the ban.

If there is a system CBP is following, no one knows what it is. Calls by attorneys to the CBP to ascertain more information have been fruitless. An ACLU attorney also told LA Weekly that detainees have been “coerced” into signing documents by the CBP:

Confusingly, the CBP stated yesterday that they will continue to follow both Trump’s executive order as well as the federal court orders from around the country. The statement claims they “immediately began taking steps to comply with the orders and did so with professionalism.” But, as the case of LAX shows, the reigning theme remains chaos.