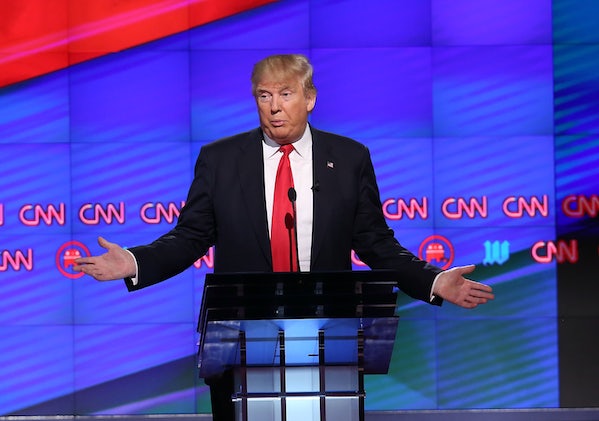 If CNN and the White House are beefing then why does CNN keep hiring Trump lackeys?

The decision to ice out CNN seems to have been made after CNN published a well-reported bombshell story that Trump had been briefed about a dossier claiming that Trump had been compromised by the Kremlin. Almost immediately after, BuzzFeed posted the dossier itself, which claimed (among other things) that Trump had paid prostitutes to pee on a bed the Obamas had once slept in. The decision to punish CNN is somewhat curious as the CNN report was responsibly reported and did not contain the salacious and embarrassing allegations that BuzzFeed’s did. Trump and his allies have largely conflated the two reports—using the BuzzFeed piece to try to damage the credibility of the CNN report—but it seemed like a purely cynical act.

What’s really weird is that CNN is not behaving as if it’s the “opposition party,” to use Steve Bannon’s term. During the primaries, CNN was on the cutting edge when it came to Trump surrogates, hiring Jeffrey Lord, Scottie Nell Hughes, Kayleigh McEnany, and former campaign manager Corey Lewandowski to provide analysis/spin/propaganda after key moments. And CNN has hardly shunned these voices since Trump’s election. The same day Politico reported that the Trump administration was punishing CNN, the network hired Stephen Moore, a crank economic analyst who isn’t even allowed to write op-eds for the Kansas City Star because he gets so much wrong. Moore, the founder of the Club for Growth, which exists to punish Republicans who don’t cut rich people’s taxes by large enough margins, recently served as one of Trump’s economic advisers despite the fact that he does not have a PhD.  (Jonathan Chait’s 1997 piece on Moore is very good—and Moore hasn’t changed since then.)

So what’s going on? It’s possible that CNN is trying to smooth things over by bringing on more Trump-friendly voices like Moore’s. But they’ve been more than friendly to Team Trump for a while now. For now, it seems like this is a feud that elevates both parties—Trump gets to use it as a fearful example to the other networks, and CNN gets anti-Trump cred that it hasn’t always earned.