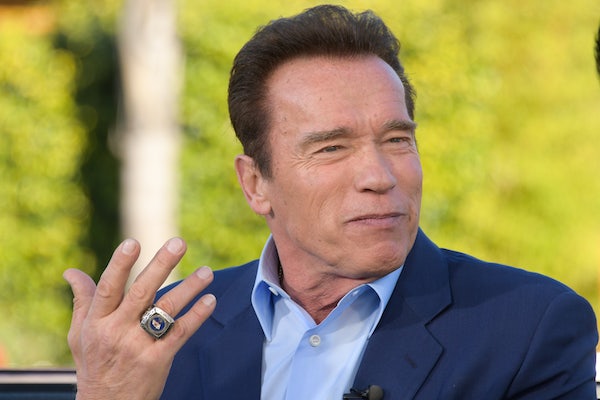 The president responded to Friday’s suspected terrorist attack in Paris about as you’d expect him to—by sending a tweet stoking fear about our own safety in America:

Earlier in the morning he lashed out against leftist demonstrators here at home, as if to remind his followers there’s plenty for them to be afraid of already:

Demagogue that he is, Trump is likely to seize every opportunity to paint his portrait of a world on fire. But Friday reminded us of another trend likely to persist in his presidency, one that hardly inspires confidence.

Before Trump tweeted about Paris or protesters or his upcoming meeting with business leaders or even the nasty “FAKE NEWS” media, the president of the United States kept us up to date on his most pressing priority—his latest feud with Arnold Schwarzenegger:

Trump’s tiff with his successor as host of NBC’s The Apprentice isn’t surprising. Schwarzenegger, the former Republican governor of California, announced publicly that he wouldn’t vote for Trump in last year’s election, and Trump has been needling him ever since. There’s also speculation that this celebrity feuding might be designed to boost the show’s ratings, which have dipped under Schwarzenegger’s tenure. (Trump remains an executive producer on the show.)

Either way, it’s hard to take the commander-in-chief seriously if his first move in the morning is to mix it up with television’s latest boardroom boss.