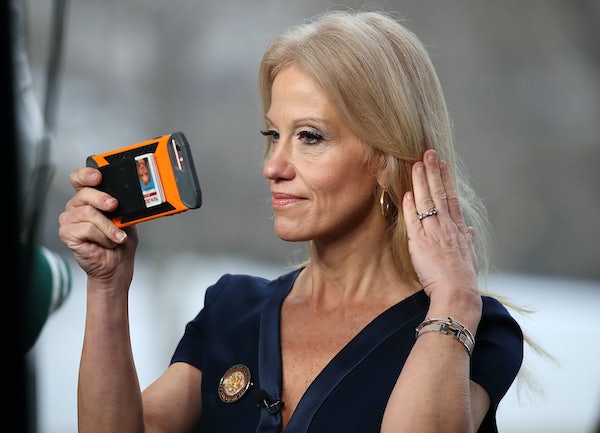 Apparently the Trump administration is still getting its news from email chain letters.

On Thursday evening, Kellyanne Conway told Chris Matthews on Hardball that no one knows about the “Bowling Green Massacre,” because the “media didn’t cover it.” The reason, it turns out, was not bias, but rather that this alleged massacre never happened.

Conway was trying to justify Trump’s Muslim ban by claiming that Barack Obama paused the processing of Iraqi refugees in 2011 in response to a massacre carried out by Iraqi refugees in Bowling Green, Kentucky. (The White House’s attempt to connect the Muslim ban to Obama’s 2011 move has been criticized by fact-checkers.) What actually happened was that two Iraqis in Bowling Green were indicted after they attempted to send weapons and cash to Al Qaeda in Iraq.

The two men did not carry out any such massacre, nor did they even plan one. In fact, a study by the Cato Institute of terrorist attacks on U.S. soil between 1975 and 2015 found that zero Americans have been killed by foreigners from any of the seven countries under Trump’s ban.

Conway tweeted this morning to explain that she had meant to say “Bowling Green terrorists.” Okay. But we might want to cut her some slack—Rand Paul, who lives in Bowling Green, also thought the massacre had occurred.