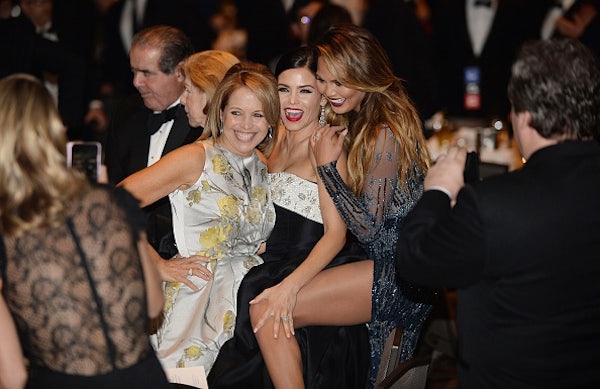 It’s too late for the media to take a stand against the White House Correspondents’ Dinner.

The New York Times reported Friday that both The New Yorker and Vanity Fair are pulling out of the late-April weekend’s festivities. The former has cancelled its kickoff party, while the latter won’t be co-sponsoring what the Times calls “the dinner’s most exclusive after-party, a celebrity-studded affair ... that is considered the capital’s hottest ticket of the year.” Vanity Fair’s straightlaced co-sponsor, Bloomberg L.P., reportedly plans to host the party on its own.

While The New Yorker apparently didn’t provide the Times with a reason for pulling out, Vanity Fair editor Graydon Carter gave this explanation: “Trump, and the fish.” (He intends to spend the weekend fishing in Connecticut instead.) Some journalists are celebrating these legacy magazines for their brave stand.

The WHCD has long been a sleazy affair where political journalists get drunk and pig out with the politicians, lobbyists, fundraisers, and other operatives whom they cover. Under President Barack Obama, the cliquish “nerd prom” became one of the flashiest annual cultural events in the country. But it was still a sleazy affair under Obama, perhaps even more so because of how popular and exclusive it became.

Now that Donald Trump is president, though, these two liberal publications have decided to opt out. Is it because of Trump’s hostility toward the establishment press? The poor optics of hosting elitist bashes at a time of resurgent populism? The unseemliness of partying in D.C. under a cloud of authoritarian ethno-nationalism? Maybe it’s just because this year won’t be as much star-studded fun.

I’m not saying The New Yorker and Vanity Fair are wrong to pull out, but their doing so now is conveniently late. The New York Times, for instance, stopped sending journalists to the dinner in 2008. If these latest cancellations are part of a broader, permanent movement not to participate in the WHCD, then it will have been worth it.

Don’t forget: The White House Correspondents’ Dinner is the reason Trump ran for president in the first place.