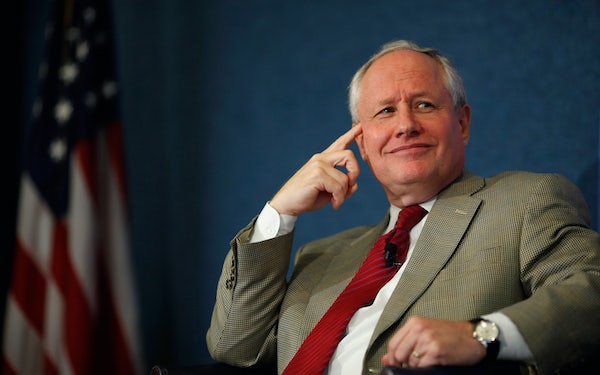 From 1995 to 2016, Michael Anton wrote at least 32 articles for the Weekly Standard. But Bill Kristol, the founder of the magazine, is far from proud of Anton’s contribution. In a tweet today, Kristol compared Anton to the infamous Carl Schmitt, the German jurist who helped Adolf Hitler destroy German democracy.

Anton’s offense is being a leading advocate for Donald Trump. As the Weekly Standard revealed on Thursday, Anton, who has joined the Trump administration as a senior national security official, is also the man behind the pseudonym  “Publius Decius Mus,” author of the much discussed and disputed essay “The Flight 93 Election,” published in the Claremont Review of Books. The essay made the case that the 2016 election was do-or-die for American conservativism: either support Trump, or America would head “off the cliff.”

As an increasingly lonely defender of the “Never Trump” position, Kristol is understandably angry at Anton—whatever his earlier contributions to the Weekly Standard might have been.