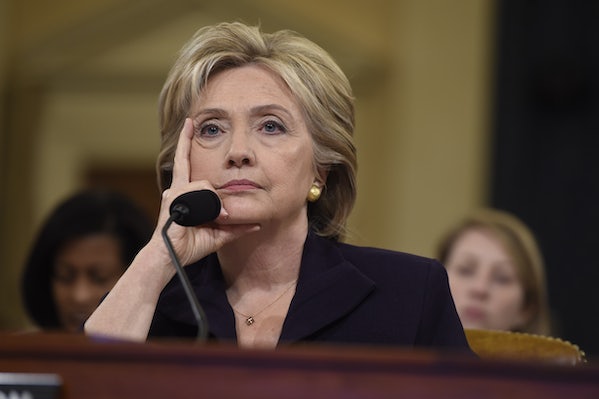 Can you imagine if Hillary Clinton said this?

Today, Donald Trump signed an executive order to begin rolling back the Dodd-Frank regulations enacted under President Obama in the aftermath of the 2008 financial crisis. Trump’s stated rationale for the decision? “Frankly I have so many people, friends of mine, that have nice businesses, they can’t borrow money because the banks just won’t let them borrow because of rules and regulations and Dodd-Frank.”

The surprise is not just that Trump is engaging in this kind of elite cronyism after bashing Hillary Clinton during the campaign for her Wall Street connections. After all, he always stated his intention to go after Dodd-Frank, and it would be hard for anyone paying close attention to his proposed policies to believe he was ever going to protect the broader American citizenry from the reckless and predatory habits of unregulated banks. What’s remarkable (although perhaps it shouldn’t be at this point) is the brashness with which he is using policy to enrich his friends looking for big speculative investments. George W. Bush might have joked that the elite were his base, but he never openly cited his fellow 1 percenters as the justification for his policies.

It will be telling whether or not Democrats seize on this opportunity to show Trump voters that he’s not working in their best interests. As Elizabeth Warren put it:

In a woodland cave somewhere, Hillary Clinton must be fuming.