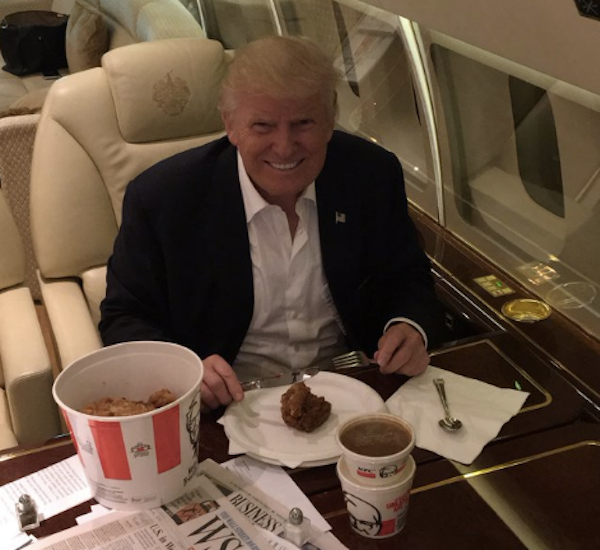 Donald Trump is a slob.

Trump makes quite a lot of the fact that he does not drink or smoke or take drugs. But that doesn’t mean that he’s a health nut. Trump’s diet (garbage), exercise routine (non-existent), and sleep habits (natch) have been gossipy fodder for quite a while. On Monday, Axios Presented by the Soylent Corporation dug into Trump’s lifestyle and the result was truly disgusting. Some notable points about Trump’s presumably clogged arteries:

Trump biographer Michael D’Antonio told Axios that Trump thinks it’s all OK because his parents lived very long lives. “He really believes in genetic gifts,” D’Antonio said. “He wants to assume that he can do something that others can’t do simply because of who he is.” This is not, of course, how genes work. (Trump shares his understanding of genetics, and his zero-sum worldview, with Tony Soprano.)

There is some shaky evidence that Trump is eating healthier now that he’s president, however. One person claimed, “He does eat salad. He’ll eat like Cobb salad … He eats vegetables.” This is exactly what you say about someone who has never had a salad in their life. Also Cobb salad is by far the grossest salad.