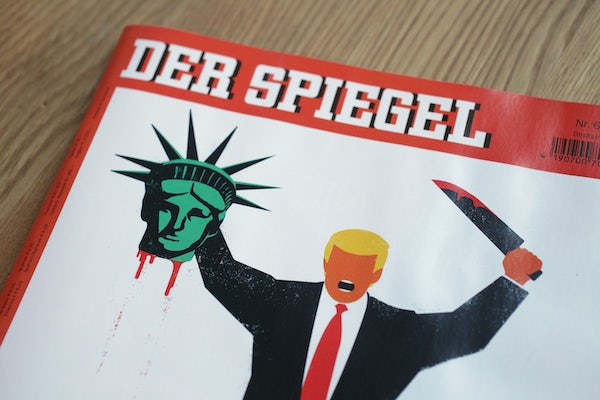 Goldman Sachs is now worried that Donald Trump was being serious this whole time.

The folks at Goldman Sachs should, in theory, be thrilled. After all, Trump is filling his administration with the bank’s alumni. But now Goldman Sachs has come out with a dour report dampening expectations of a Trump-inspired economic boom.

When Trump won the presidency, Wall Street was overjoyed. The thinking was that he would give them big tax cuts, deregulation, and infrastructure spending. This would set the stage for economic liftoff. But this optimism was predicated on the theory that Trump was just kidding about the immigration and trade policies that Wall Street doesn’t like.

The grim conclusion that Goldman Sachs’s economists have reached could be summed up as: “Oh my God, Trump actually believes the things he says. He’s really going to clamp down on immigration and re-write trade rules along protectionists lines.” As the report actually says, “Some of the recent administrative actions by the Trump Administration serve as a reminder that the president is likely to follow through on campaign promises on trade and immigration, some of which could be disruptive for financial markets and the real economy.”

In other words: This clown in the White House is for real and our fantasies that he’d govern like a conventional Republican were folly.

In the report, anxiety about Trump’s policies is coupled with a realization that, despite unified government, gridlock persists in Washington because the Republicans can’t agree on basic policy and the two parties are becoming even more polarized. Don’t bet your farm on the expected Trump boom.