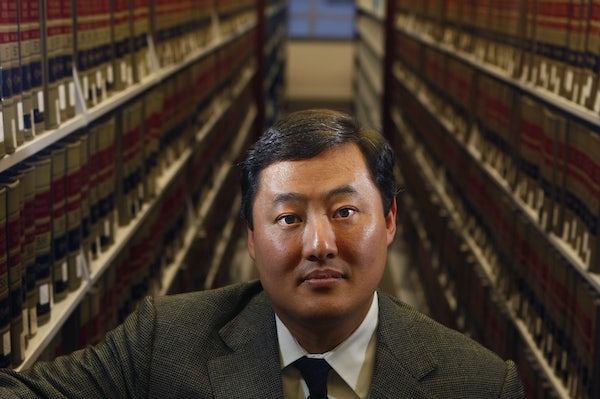 President Trump is so out of line that George W. Bush’s torture lawyer is like, “damn, that guy is out of line!”

John Yoo, the Bush Justice Department official who drew up that administration’s legal justification for waterboarding (but who drew the line retrospectively at forced rectal feeding), says the Trump White House has an alarming conception of executive power.

Yoo lists Trump’s unilateral determination to build a wall along the southern border, impose tariffs on Mexican imports, pull out of NAFTA, and ban Muslims as examples of his “grave concerns about Mr. Trump’s uses of presidential power.”

Even Trump’s decision to fire former acting Attorney General Sally Yates troubles Yoo, not because Trump lacked the authority per se, but because he claimed to be motivated by the fact that Yates was “weak on borders and very weak on illegal immigration.” Trump might fire people, in other words, in ways that exceed the spirit or the letter of his removal authority.

Yoo is the latest in a series of authors, once considered beyond the pale themselves, warning that Trump is even more dangerous than they were. Here, for instance, is a column by Karl Rove called “Amateur hour at the White House.”