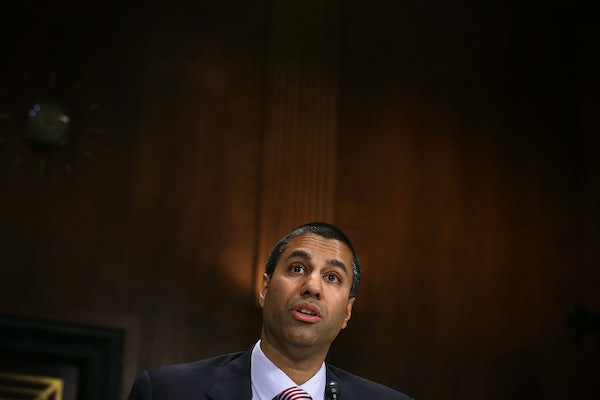 Trump’s FCC is as shady as you’d expect.

Pai, who was appointed by Barack Obama to serve as the FCC’s minority Republican member, is a former lawyer for Verizon and a known critic of net neutrality—the concept that internet providers should not favor certain kinds of content over others. The Obama administration implemented broad rules protecting net neutrality, but they are now vulnerable. In a statement released on Friday, Pai halted an investigation into AT&T and Verizon giving themselves a competitive advantage in the market using arbitrary usage caps.

The really disconcerting thing is the lack of transparency surrounding these rollouts. According to the The New York Times:  “Mr. Pai released about a dozen actions in the last week, many buried in the agency’s website and not publicly announced, stunning consumer advocacy groups and telecom analysts.” This mirrors the actions of the Trump administration as a whole. These next four years will be defined by secrecy and the growing clout of major corporations—all at the expense of consumers.