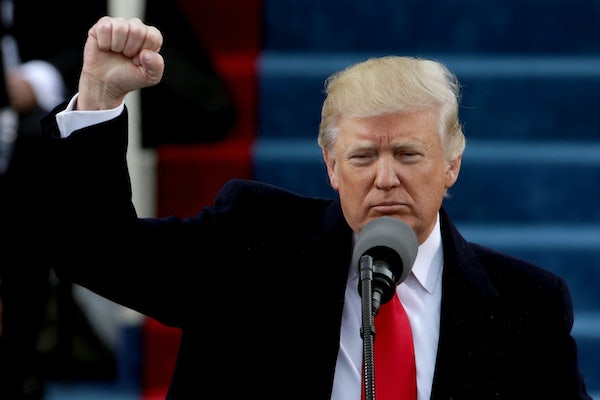 Donald Trump is not going to take this judiciary slapping him around!

With its 3-0 ruling Thursday refusing to reinstate his ban on immigration from seven majority-Muslim countries, a panel of the Ninth Circuit Court of Appeals tore into the president’s executive order as overreaching and lacking legal justification. This would be a good time for the Trump administration to huddle and rethink their strategy. But that is not what Trump does.

“The Government has pointed to no evidence that any alien from any of the countries named in the Order has perpetrated a terrorist attack in the United States,” the judges wrote. “Rather than present evidence to explain the need for the Executive Order, the Government has taken the position that we must not review its decision at all.”

The judges further rejected Trump’s bogus claim that the order meant extra vetting for just 109 people: “The impact of the Executive Order was immediate and widespread. It was reported that thousands of visas were immediately canceled, hundreds of travelers with such visas were prevented from boarding airplanes bound for the United States or denied entry on arrival, and some travelers were detained.”

Trump took the ruling about as well as you’d expect.

This is actually a critical moment for the White House. As Mike Allen points out at Axios, Trump could respond to this rebuke by drafting a narrower immigration order—the kind legal scholars say might actually stand. While the appellate court’s ruling was emphatic, you can see the ways in which the judiciary would retreat to its traditional deference to the executive on matters of national security. For one, the administration could concede that the judiciary at least has oversight powers.

Or Trump could continue to stew, dig in his heels, and forge stubbornly ahead, risking further losses in the court system. Luckily for Trump’s opponents, one of those options seems more likely.