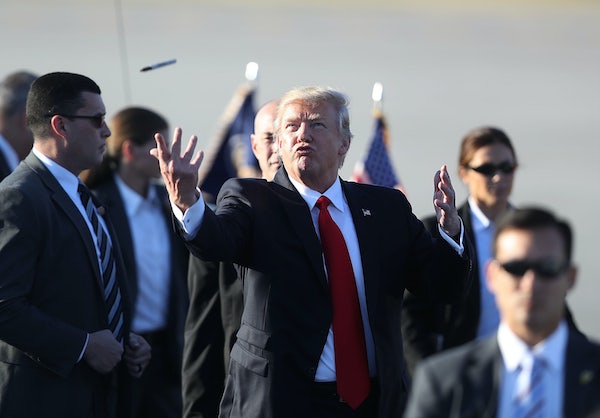 Elliott Abrams looked like he was in line for the position of deputy secretary of state. Abrams, a neo-conservative who has served in the administrations of Ronald Reagan and George W. Bush, enjoyed the support of Secretary of State Rex Tillerson. But his nomination was nixed by the president, seemingly because Abrams had criticized Trump during the campaign. As CNN reports:

President Donald Trump met with Abrams and the sources said that the meeting went well but when the President learned that Abrams had criticized him during the campaign, the President nixed Abrams as Deputy Secretary of State, according to the sources. ...

“This is a loss for the State Department and the country and for that matter for the President,” said one Republican source.

Another Republican source with knowledge of what happened said, “This was Donald Trump’s thin skin and nothing else.”

Whatever Trump’s motives, he made the right call. Abrams is completely unfit to serve in any public office. He was a central figure in the Iran-Contra scandal, where he repeatedly lied to Congress and eventually pled guilty to withholding information under testimony. In one of the most disgraceful episodes of modern American foreign policy, Abrams worked to help cover up the 1982 El Mozote Massacre in El Salvador, in which more than 500 civilians were killed. Abrams has an ample record as a hardline militarist with no regard for human rights. Whether Trump was acting out of spite or not, he did the world good.