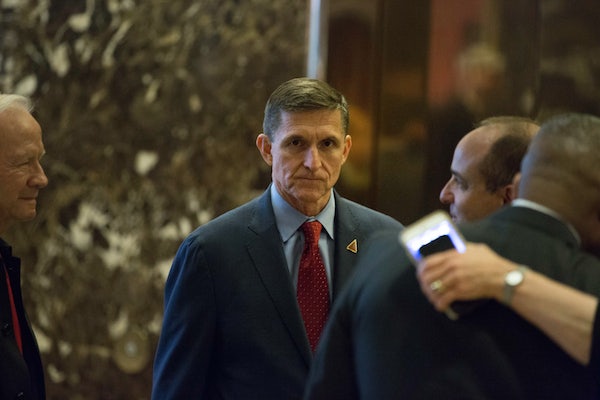 This is not the last we’ve heard from Michael Flynn.

He has resigned as national security adviser after misleading Mike Pence and other senior administration officials about phone calls he had with the Russian ambassador prior to Donald Trump’s inauguration. In those conversations, Flynn and the ambassador had discussed American sanctions policy against Russia, but Flynn subsequently made it sound like these were strictly social calls.

In his letter of resignation, Flynn wrote, “Unfortunately, because of the fast pace of events, I inadvertently briefed the Vice President Elect and others with incomplete information regarding my phone calls with the Russian Ambassador. I have sincerely apologized to the President and the Vice President, and they have accepted my apology.”

Flynn’s resignation is unlikely to bring this matter to a close, because it is too tightly entangled with the still unsettled question of Russian interference in the last election. While the offense that cost Flynn his job was lying to the vice president, that does not preclude the possibility that he was working with others. Are we to believe that Flynn acted alone or was he serving a higher figure? To revive a question from Watergate, “What did the president know and when did he know it?”

Since Flynn, a retired general, is also under investigation by the military for possibly taking payments from Russia, the whole issue could blow wide open. Flynn’s resignation is likely the beginning of a wider scandal rather than just the end of Flynn’s career.

Editor’s note: Due to an editing error, an earlier version of this article quoted an unverified Twitter account purporting to be Flynn’s. We regret the error.