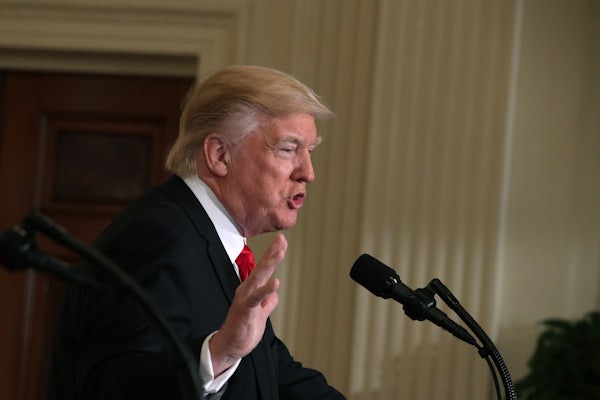 Donald Trump has only taken questions from conservative media since becoming president.

“The fix is in,” CNN reporter Jim Acosta remarked after Trump’s joint press conference with Israeli Prime Minister Benjamin Netanyahu on Wednesday, the fourth straight presser where Trump has chosen to only call on journalists who work for right-leaning media outlets.

Acosta, you’ll remember, is the same reporter Trump got into a tiff with last month, during the sole press conference he held as president-elect. As Acosta attempted to ask a question about the Trump team’s ties to Russia, Trump interjected: “I’m not going to give you a question. You are fake news!”

Now that Trump is president, it seems anyone who wants to ask about Russia is considered fake news—or at the very least, news not worth taking questions from. The reliably conservative outlets he’s selected at his pressers have certainly not asked about it. It’s not totally abnormal for presidents to freeze out unfriendly media during their tenures, but it has certainly never happened this quickly. But it doesn’t seem to be working. Trump’s refusal to answer questions about his scandal-plagued administration is only making things worse.