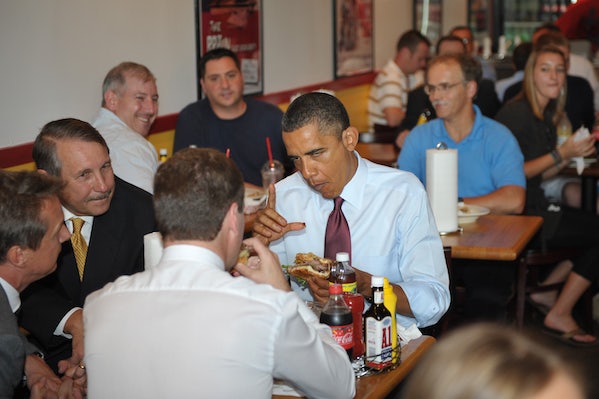 Donald Trump’s first four weeks as president have been mired in controversy. Protests have erupted around the country. Refugees have been denied entry at airports. Trump’s associates have been accused of ties to Russian intelligence, and he himself has been called a liar and a tyrant. But no president is immune to scandal. For some context, here is a look back at some of the scathing headlines from the early days of Obama’s presidency:

“An Unusual Appearance at the Big Clock,” New York Times.

“Air Force One is one ‘spiffy ride,’ Obama says,” CNN.

“Obama’s approval rating high, but will it last?,” CNN.

“Obama signed off on taking out pirates,” Politico.

“Obama Apologizes for Calling His Bad Bowling ‘Like the Special Olympics’,” ABC News.

Let’s hope he has recovered from these terrible burns.