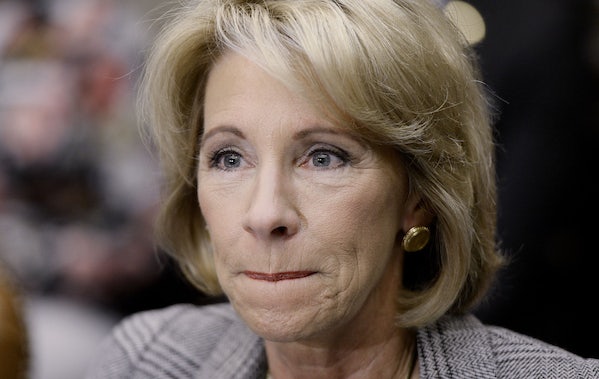 Online charter school students in Ohio score significantly worse on state tests than their peers at brick-and-mortar charters and traditional public schools, according to a new study from researchers at New York University and the RAND Corporation. This adds to the growing evidence that virtual schools perform poorly nationwide, including a 2015 Stanford University study citing “the overwhelming negative impact on student growth from attending an online charter school.”

Online charters are a perfect example of why choice for the sake of choice can’t improve education in America. But Trump’s new education secretary, with her ideological commitment to “the education industry,” is a longtime support of virtual schools in spite of the evidence against them. It’s even put her at odds with some charter advocates, who’ve called for more accountability in the online space.

During her confirmation process, DeVos defended online charters by wildly inflating the graduation rates of these schools. What’s more, it appears she lifted the numbers from a for-profit charter operator in which she used to be an investor.