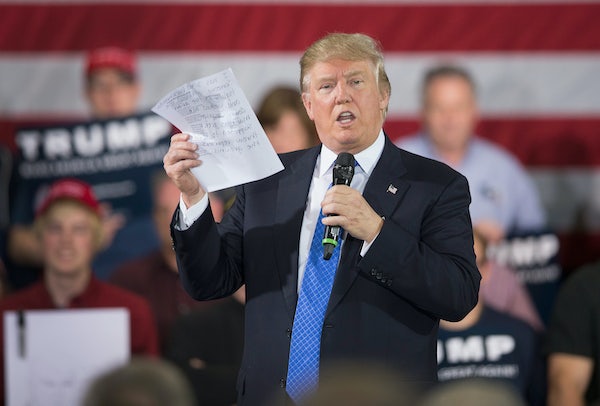 Donald Trump has created a totally objective and unbiased survey about the fake, lying media.

The president has decided he wants input from the public about media coverage of his administration. To that end, his administration has created an online poll, which any citizen can fill out. As you would expect, the questions are completely neutral, done in the best traditions of scientific attempts to register public opinion.

Here are a few questions:

Do you believe that the mainstream media has reported unfairly on our movement?

Do you believe that the media unfairly reported on President Trump’s executive order temporarily restricting people entering our country from nations compromised by radical Islamic terrorism?

Were you aware that a poll was released revealing that a majority of Americans actually supported President Trump’s temporary restriction executive order?

Do you believe that contrary to what the media says, raising taxes does not create jobs?

Do you believe that the media has been far too quick to spread false stories about our movement?

Do you believe that the media uses slurs rather than facts to attack conservative stances on issues like border control, religious liberties, and ObamaCare?

Do you believe that our Party should spend more time and resources holding the mainstream media accountable?

With questions like these, we can finally have an impartial discussion of media coverage of Donald Trump.