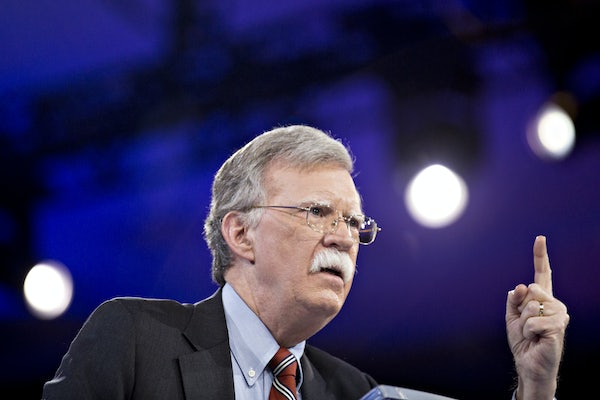 John Bolton might become national security adviser because nobody competent wants to work for Trump anymore.

Shortly after Donald Trump won the presidency, an important debate ensued over whether experienced Republicans and civil servants of integrity should agree to work for him. Having adults in his administration would reduce the risk of calamity, but it might also tempt them into complicity with his crimes, while lending his team the competency he would need to carry them out. Or so the argument went.

When Bob Harward declined Trump’s offer to be his one-month-old presidency’s second national security adviser, it marked the moment when that debate ended, for all intents and purposes.

Through malice and incompetence, Trump has shambled into a paradox, whereby anyone who agrees to work for him will have exhibited a disqualifying error of judgment, guaranteeing him an administration filled with knaves, hacks, and vandals. John Bolton may be an incrementally less horrifying national security adviser than General Michael Flynn was, but it’s hard to say. The Trump White House withdrew Bolton from consideration for multiple Senate-confirmable positions because even Republicans wouldn’t willingly consent to allowing him into the government.

The other people Trump is considering, while less alarming than Bolton, also speak to the thinning pool of talent he has available to him.