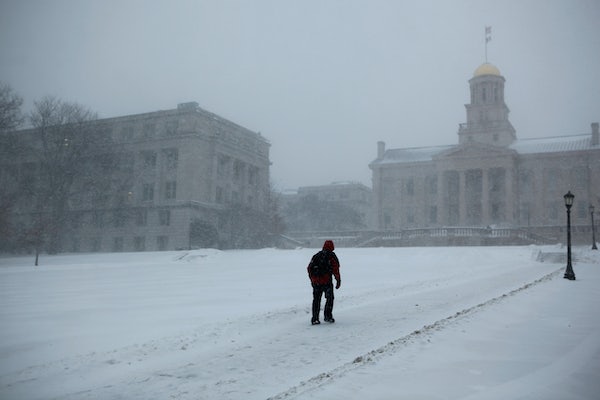 This Republican wants to institute affirmative action—just for other Republicans.

Conservatives often complain about being excluded from college campuses, citing the overwhelming majority of Democrats employed at institutions of higher learning. A lawmaker in Iowa is now proposing to do something about it, in the form of a bill that would require “balance” in the hiring of faculty in the state university system. The bill would prohibit the hiring of a professor or instructor until the party registrations of Democrats and Republicans are within ten percentage points of each other.

“I’m under the understanding that right now they can hire people because of diversity,” the bill’s author, state Sen. Mark Chelgren (R), told The Des Moines Register. “They want to have people of different thinking, different processes, different expertise. So this would fall right into category with what existing hiring practices are.”

The bill is almost certainly unconstitutional, since it would be viewpoint-based discrimination. If actually carried out, it would likely result in a brain drain of qualified professors. But it’s actually very amusing to consider the ramifications of such a proposal even being made in the first place. First off, the language of diversity and affirmative action is being appropriated to benefit the political class that is literally running the country (and the state of Iowa) right now. And second, in this one man’s misguided effort to get what he sees as a fair shake, he wants to literally carry out the sin that conservatives have accused colleges of committing: shutting out deserving applicants.