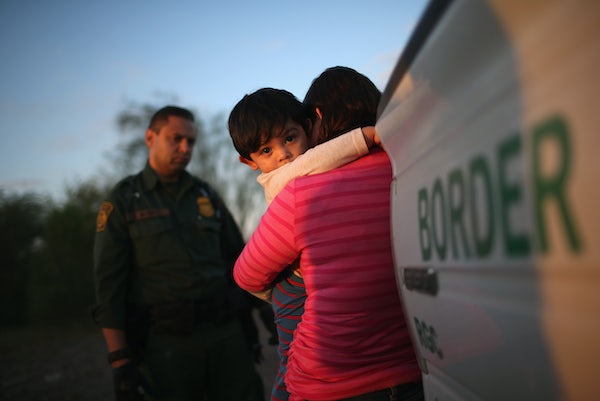 According to The Washington Post, Homeland Security Secretary John F. Kelly signed a pair of memos Friday that outline the Trump administration’s new plan to begin the arrest and deportation of millions of undocumented immigrants. The agency wants to mobilize local law enforcement in the rounding up of undocumented immigrants, hire thousands of new officers, expedite deportation hearings, and vastly expand the criteria for who will be fast-tracked for deportation.

But not to worry. The memos come with provisos that seem intended to assuage the public’s fears that this mass deportation plan would be inhumane, expensive, and completely unnecessary. Trump says he only wants to get the “bad hombres,” or, in the words of the memo, people who, “in the judgment of an immigration officer, otherwise pose a risk to public safety or national security.” Ok, so what exactly does that mean? This description is sufficiently vague that virtually any justification could be drummed up to deport anyone who doesn’t have papers.

Trump has already made clear his belief that illegal immigration, in and of itself, poses a risk to public safety and national security, despite overwhelming evidence to the contrary. But it’s that phrase “in the judgment of an immigration officer” that is particularly scary. This invests agents on the ground with a huge amount of power. If an immigration officer feels like it, you get the boot.

As for the Deferred Action for Childhood Arrivals program, or DACA, which protects undocumented people who were brought here illegally as children, it remains untouched by the new plan. But Trump once called DACA “illegal amnesty,” and expressed a desire on the campaign trail to get rid of the 2012 law via executive order. In the past four years more than 750,000 children and young people have been protected by the law.