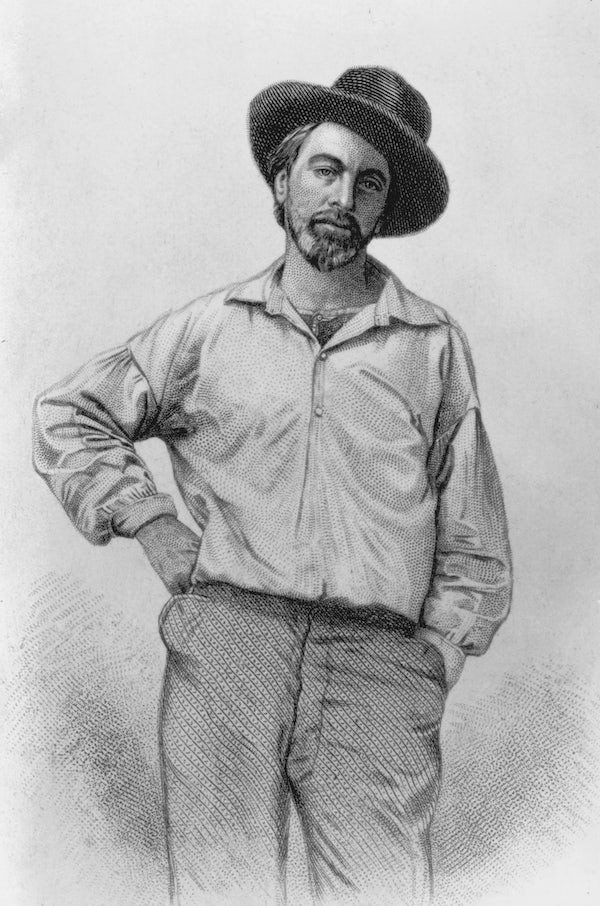 A newly discovered Walt Whitman novel shows why he became a poet instead.

Zachary Turpin is becoming an expert in uncovering previously unidentified Walt Whitman writings. The University of Houston graduate student had previously discovered that Whitman was the pseudonymous author of Manly Health and Training, a self-help guide penned by “Mose Velsor” in 1858. Now Turpin has proven that Whitman was the anonymous author Life and Adventures of Jack Engle, a short novel that was serialized in the pages The Sunday Dispatch, a New York newspaper, in 1852.

The New York Times describes the novel as a “quasi-Dickensian tale of an orphan’s adventures, it features a villainous lawyer, virtuous Quakers, glad-handing politicians, a sultry Spanish dancer and more than a few unlikely plot twists and jarring narrative shifts.” The novel is available online, and while it deserves reading from Whitman aficionados, few will think this is a recovered masterpiece on par with Leaves of Grass.

Whitman wasn’t proud of his works of fiction, and he opposed plans to reprint them. “My serious wish were to have all those crude and boyish pieces quietly dropp’d in oblivion,” he wrote in 1882. Still, as the Whitman-loving James Joyce once noted, the errors of a genius are “portals of discovery.” Life and Adventures of Jack Engle is a window into who Whitman was before he discovered his mature voice as a bard, a marker of his path to his vocation.