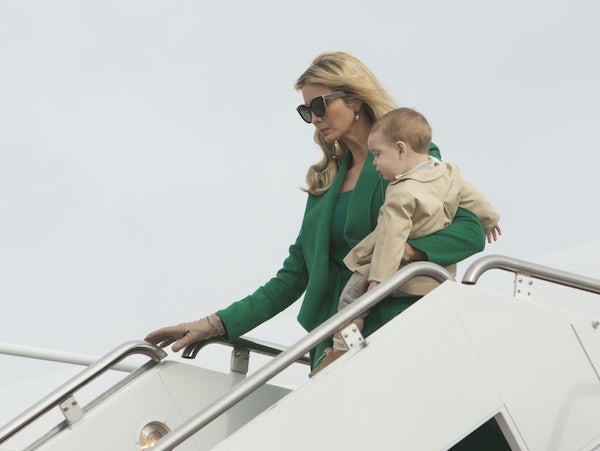 In today’s edition of Ivanka Trump Is Not The Progressive You Want Her To Be, Bloomberg reports that her vaunted child care proposal would do little for lower-income parents:

A deduction for child care expenses is both costly and regressive because it would favor wealthier families with two working parents. The deduction would cost the federal government $500 billion in revenue over a decade, according to an estimate by the Tax Foundation, a politically conservative, nonprofit research group.

Two-parent households earning under $500,000 a year would receive the child care deduction; according to Bloomberg, low-income families would simply receive a larger income tax credit. That translates to some savings, but wealthier families would still benefit the most from Ivanka’s proposal. That’s not exactly a surprise: Ivanka is no policy expert. She may be drawing on personal experience, however: Nannies raised her; now she employs nannies of her own.

If Ivanka really wanted to improve American child care, she’d tell her father to spend more money on programs like Head Start. Or she could urge him to veto any bill that reduces the availability of free school meals. If she doesn’t, it’ll be even more obvious that she, like her father, sees the presidency as a means to protect her class’s interests.