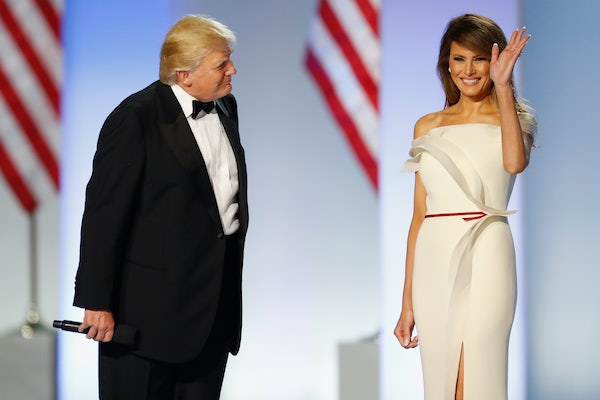 The First Lady has refiled her libel lawsuit against Daily Mail Online, CNN reported yesterday, over their false publication last year of a story that she had worked for an escort service. But the new wrinkle is very interesting, as she and her lawyer seek to take back the admission that she wanted to personally profit from being First Lady.

The original lawsuit document clearly stated as a claimed damage: “Plaintiff had the unique, once-in-a-lifetime opportunity as an extremely famous and well-known person, as well as a former professional model and brand spokesperson and successful businesswoman, to launch a broad-based commercial brand in multiple product categories, each of which could have garnered multimillion dollar business relationships for a multi-year term during which plaintiff is one of the most photographed women in the world.”

After two weeks of harsh media criticism, though, the lawsuit has been refiled to omit that language. The new claim is purely based on emotional distress—including the recent incident in which New York Times reporter Jacob Bernstein publicly apologized after he was overheard referring to her as a “hooker” at a party.

The amount she’s asking for now: $150 million—the same exact damages as were claimed before, from alleged commercial harm.

This raises many questions. But mainly, how exactly is “emotional distress” still worth the same $150 million that they were previously claiming as a concrete, material damage? Is it the emotional distress that comes from having lost opportunities to make money off being First Lady?