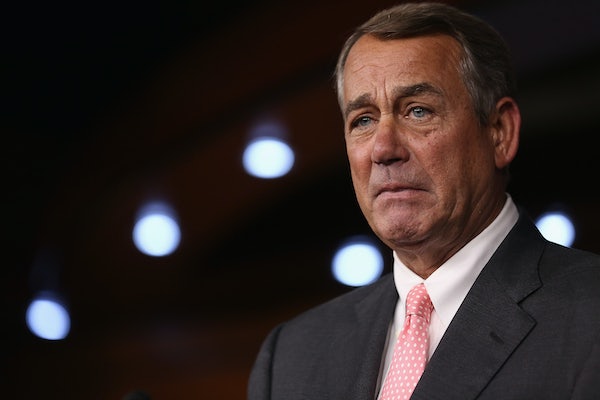 John Boehner admits Republicans don’t have an ObamaCare replacement—and won’t come up with one, either.

You might have thought that after eight years of endless, one-note messaging to “repeal and replace” the Affordable Care Act, opponents would have come up with a plan of their own, or at least formulated some ideas. But maybe that was just never going to happen.

Boehner, who during his time as speaker of the House held an interminable number of votes to repeal the ACA, may have let that cat out of the bag. Politico reports that Boehner, speaking at a health care conference today in Orlando, said that Republicans are instead going to make modest fixes to the law. “I shouldn’t call it repeal-and-replace, because it’s not going to happen,” he said.

On Thursday, Boehner said the talk in November about lightning-fast passage of a new health care framework was wildly optimistic.

“I started laughing,” he said. “Republicans never ever agree on health care.”

He concluded, “Most of the framework of the Affordable Care Act … that’s going to be there.” Good to know!