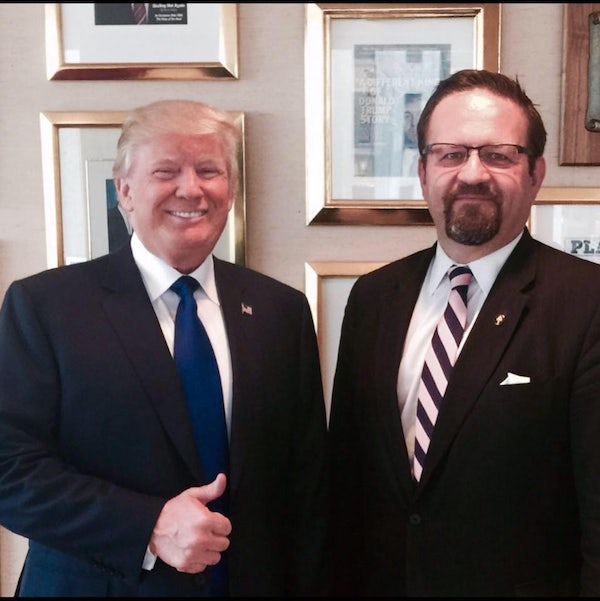 The whiff of anti-Semitism at the White House just got stronger.

Sebastian Gorka, deputy assistant to President Donald Trump, was already a controversial figure as a key ally of Steve Bannon in the administration’s nationalist, Islamophobic wing. But now Gorka is controversial for another reason. Lili Bayer reports at the Forward that Gorka has extensive ties with anti-Semitic politicians and journalists in Hungary, the land where his parents were born and where he lived in for many years:

[A]n investigation by the Forward into Gorka’s activities from 2002 to 2007, while he was active in Hungarian politics and journalism, found that he had close ties then to Hungarian far-right circles, and has in the past chosen to work with openly racist and anti-Semitic groups and public figures.

In a normal administration, these revelations would be scandalous, and might force a review of Gorka’s security clearance. But given all the other scandals engulfing the Trump administration—not to mention the president’s weak condemnation of anti-Semitism, plus Bannon’s continued use of anti-Semitic dog whistles—this story might not cause more than a ripple.