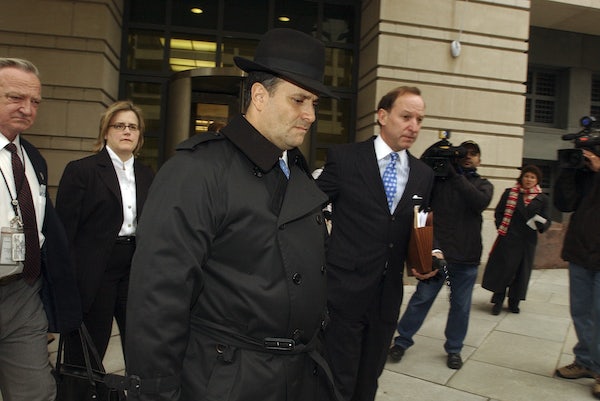 Abramoff is back! The disgraced former lobbyist/symbol of corruption/inspiration for James Spader’s character in The Blacklist/guy we should thank for making it impossible to wear a fedora is reportedly working with an African strongman and (arguably) America’s worst congressman Dana Rohrabacher. Per Politico (emphasis added):

Abramoff agreed to act as a liaison between his European friends whom he declined to name, the president of the Republic of Congo, and Rohrabacher to try to establish a coalition of African states to defeat the terrorist group Boko Haram. Abramoff’s friends—who Abramoff said he believes have financial investments in Congo—were in talks with the country’s controversial president, Denis Sassou Nguesso, to try to enlist the United States to support the coalition.

Abramoff approached Rohrabacher, whom he has known since the 1980s, with a proposal: Could the California Republican, who at one point was mentioned in news reports about a position in the Trump administration, help secure U.S. backing for the African alliance to defeat Boko Haram? At the behest of his European friends, Abramoff also wanted to see if Rohrabacher could arrange for a meeting between Sassou Nguesso and Trump, then the president-elect.

What is going on with the use of the word “friends” here? This reads like “friends of friends,” the antiquated and sinister mafioso term. But the real story here is that Abramoff has decided that forging links between strongmen and Trump—under the pretense of fighting terrorism—is the right career move right now. That shouldn’t be too surprising. If Abramoff was ever going to make a comeback, this is the time to do it. Abramoff is the id—or perhaps simply (with apologies to Paul Pierce) the truth—of the contemporary Republican Party. Perhaps only he can meld Trumpian corruption with Trumpian affection for authoritarians.