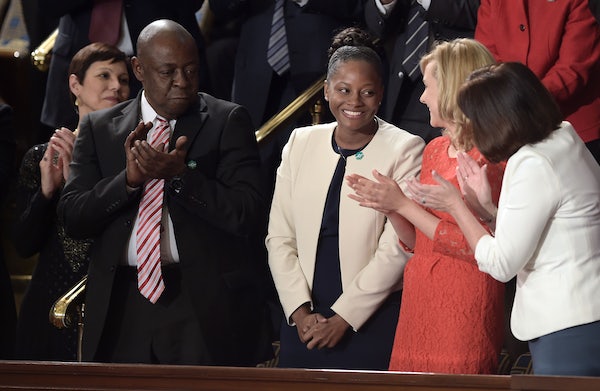 In his joint speech to Congress on Tuesday night, President Donald Trump called on lawmakers to “pass an education bill that funds school choice for disadvantaged youth, including millions of African-American and Latino children.”

“These families should be free to choose the public, private, charter, magnet, religious or home school that is right for them,” Trump said. Then he told the story of one of his guests for the evening, Denisha Merriweather, whose education was transformed by a private school she attended through a Florida tax credit scholarship program.

All Americans want to see more success stories like Merriweather’s, and there’s no question vouchers help some students. But “school choice” policies—especially private school vouchers, favored by Education Secretary Betsy DeVos—aren’t the way to give most students that opportunity.

Just last week, The New York Times reported that “a wave of new research has emerged suggesting that private school vouchers may harm students who receive them. The results are startling — the worst in the history of the field, researchers say.” That was before Tuesday, when the Economic Policy Institute released a new report, “School vouchers are not a proven strategy for improving student achievement.”

These aren’t the only concerns either. Funding religious schools through taxpayer-supported vouchers is a violation of the separation of church and state. And all private “school choice” siphons money away from public schools, attended by 90 percent of America’s students. Investing in those schools is the way to expand educational opportunity and truly address what Trump called “the civil rights issue of our time.”