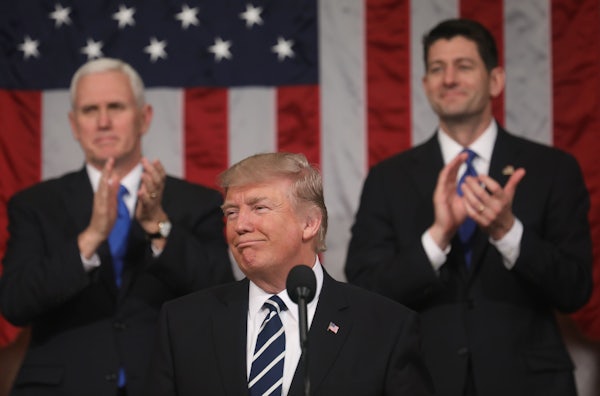 Donald Trump read from a teleprompter and wore a nice suit, and suddenly he’s “presidential”?

The president’s tone in his first joint address to Congress on Tuesday night was certainly uncharacteristic. He was coherent. He hardly veered from his prepared remarks. He talked about “harmony and stability.” He appeared to be wearing a properly-sized tie.

Apparently, those were the only qualifications Trump had to meet to finally be considered “effective” and “presidential” by some of the mainstream D.C. press.

Not everyone was willing to lower the bar.