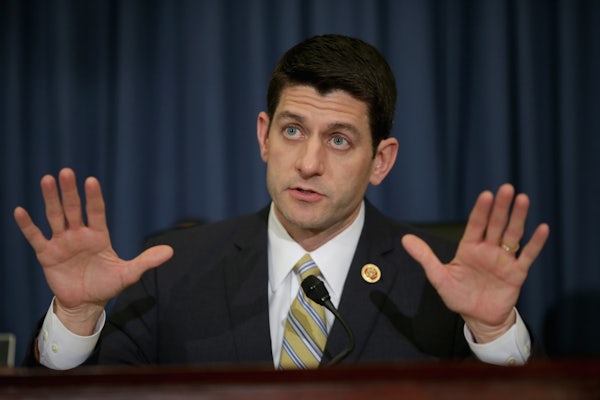 Why are Republicans treating their Obamacare repeal plan like classified information, but for Republicans only?

Nothing screams confidence in one’s ideas like hiding those ideas in a basement and sharing them only with fellow travelers, but that’s how House GOP leaders intend to begin the rollout of their Affordable Care Act repeal bill.

House Republicans on Thursday plan to release details of a measure that would repeal Obamacare and replace parts of it, a key lawmaker said.

Rep. Chris Collins, a member of the Republican leadership team who sits on the House Energy and Commerce Committee, which authored the legislation, said it would be made available Thursday morning to Republicans in a basement room of an office building that adjoins the Capitol.

“No one is getting a copy,” the New York lawmaker told the Washington Examiner. “We can go and read it.”

Supposedly the bill will soon begin working its way through the committee process, where non-Republicans, including you and me, will be able to see it. Given Republicans can’t literally “pass the bill so [we] can find out what is in it,” it’s hard to figure why they don’t just pull the bandaid off and post it online. Unless the idea is to trial balloon it privately within the Republican conference, so they can hide their designs from the public in the event it’s a nonstarter. The crisis of conservative convictions continues apace.