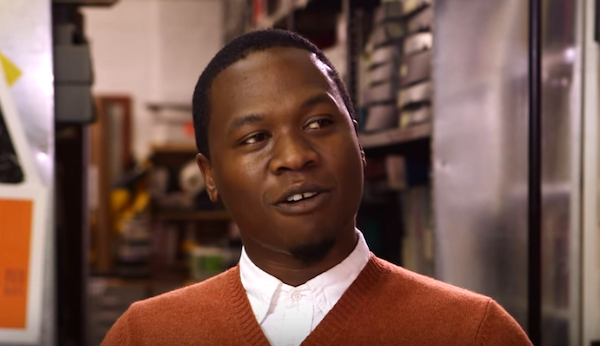 A former Intercept reporter has been arrested for making threats against Jewish community centers.

Juan Thompson, 31, has been arrested by the FBI for phoning a series of bomb threats to at least eight Jewish community centers this year. Thompson does not appear to have been animated by Nazi sympathies but by rage at a former girlfriend: He allegedly made some of the calls in her name, and has been charged with cyberstalking. The complaint cites tweets from Thompson’s Twitter account.

Thompson was previously fired from The Intercept for fabulism. At the time, he complained that the termination was the result of a racist campaign against him and later claimed to be suffering from testicular cancer. According to his Twitter profile, he has since been working for a housing non-profit in St. Louis. (Update: The Intercept has confirmed that Thompson is in fact the person named in the suit.)

Thompson’s Twitter account is packed with obsessive tweets about his former girlfriend; his pinned tweet even claims she attempted to frame him for the calling in the threats. That now appears to be an elaborate attempt at misdirection. Thompson was allegedly the one making the calls.