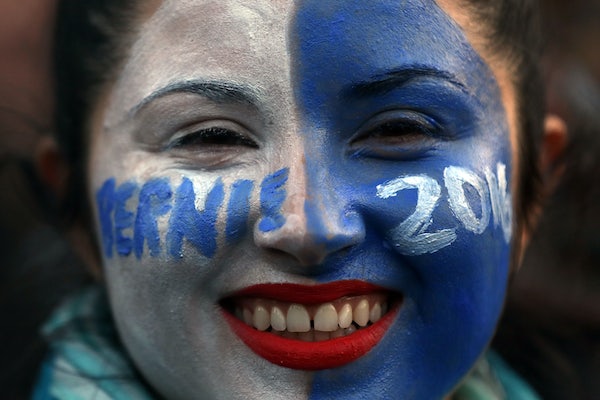 There is no such thing as the “alt-left.”

But in a piece for Vanity Fair, James Wolcott pretends otherwise:

Disillusionment with Obama’s presidency, loathing of Hillary Clinton, disgust with “identity politics,” and a craving for a climactic reckoning that will clear the stage for a bold tomorrow have created a kinship between the “alt-right” and an alt-left. They’re not kissin’ cousins, but they caterwaul some of the same tunes in different keys.

Wolcott admits the left “can’t match” the alt-right “for strength, malignancy, or tentacled reach”—then proceeds to make just such an argument. This is bad writing in service of a bad argument: “People say things I don’t like” is not the same thing as “people advocate for a white ethnostate.” This is precisely the false equivalency Wolcott makes by using the phrase “alt-left.” It is a disingenuous characterization designed to undermine leftist claims.

His terminology—e.g. “dude-bros”—skips over women and people of color on the left, individuals who might as well not exist when it comes to this type of critic and who happen to be particularly vulnerable to alt-right violence. The aim of socialism is liberation for all, which is to be accomplished via the redistribution of wealth. The aim of the alt-right is white supremacy. There is no similarity here.

Absent any real similarity between the left and the alt-right, smears are all some liberals have:

Let’s be honest about what is going on here. Wolcott derides a Jacobin writer for couching her arguments in “Snarkish.” In other words, he thinks she’s mean. He wants her to be nicer to people that he likes! That’s fine, but it isn’t politics.

Manners did not win the vote for women or civil rights for black Americans. They certainly didn’t spare us Donald Trump. To paraphrase Solomon: There is a time to simper and a time to raise hell. The left understands that we inhabit the latter moment. Does Wolcott?