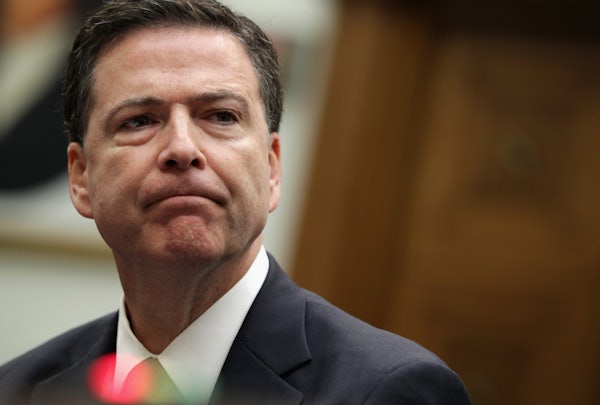 Donald Trump has decided to go to war against the FBI.

For a while, the FBI was the only intelligence agency Trump wasn’t feuding with. And for good reason. Many attribute his electoral success to FBI Director James Comey’s eleventh-hour intervention, which unnecessarily re-litigated Hillary Clinton’s use of a private email server. In late January, shortly after his inauguration, Trump literally blew a kiss at Comey, crooning, “He’s become more famous than me!”

But the cozy relationship between Trump and the FBI began to go south when Trump started knocking the agency for its inability to root out government officials who were leaking damaging information about him and his inner circle to the press. And it may have been permanently damaged over the weekend. In a series of unhinged tweets apparently sourced from talk radio host Mark Levin, Trump claimed that Barack Obama had “tapped” his phones during the campaign in a Nixon-esque plot to sabotage him.

This is both absurd and damaging. There is no basis for this charge, which the Trump administration all but admitted when it asked Congress to go on a fishing expedition to uncover “the truth” about what really happened.

Enter Comey. On Sunday, The New York Times reported that Comey had asked the Department of Justice to refute Trump’s wild accusation. There are two reasons this is significant. The first is that it suggests what was already obvious is almost certainly true: that Trump’s accusation was unfounded. The second is that the war between Trump and the FBI is about to heat up, potentially opening up other fault lines—like between Trump and Congress—in the process. On Monday, Sarah Huckabee Sanders essentially said that the Trump administration didn’t care what Comey had to say.

There are long-term consequences here that have yet to be borne out. But the big difference now is that Comey doesn’t have any friends left: Even the Democrats aren’t stupid enough to trust him.