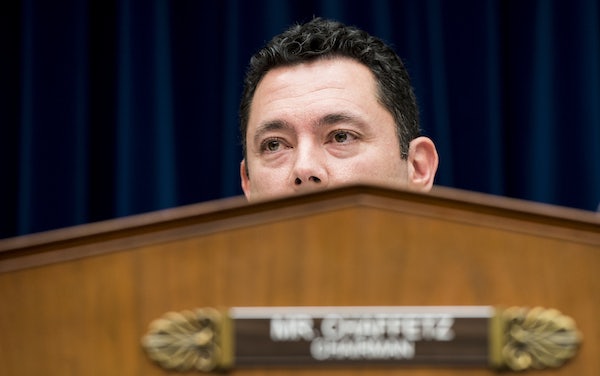 The narratives we spin up about politics are filled with iconic moments, to which we ascribe history-making importance. This is almost always a backward way of thinking about things. Ronald Reagan didn’t win the presidency by saying “there you go again!” and Mitt Romney didn’t lose it by condescending to the “47 percent,” but both episodes grew out of some underlying political reality at the time, and we indulge the fallacy because it lets us tell more exciting stories.

There are exceptions to this, Jim Comey, but it usually holds.

We may look back at Representative Jason Chaffetz’s depiction of the hardships Republicans will impose on Obamacare beneficiaries as one of these moments.

“Maybe rather than getting that new iPhone that they just love and want to go spend hundreds of dollars on,” Chaffetz said, “maybe they ought to go invest in their own health care.”

Chaffetz may not realize that the Affordable Care Act repeal bill he supports will make insurance premiums for millions of people climb to the cost of one, two, possibly three or more iPhones a month. Chaffetz is coming in for tremendous mockery, and understandably so...

...but he did ACA supporters an unintended service, because by denominating insurance costs in terms of other necessities like food and transportation (three times the cost of groceries for the month, eight times the cost of car insurance a month) he revealed the truth about the GOP health care plan: it will make insurance too expensive for many people, so they won’t buy it.

Given the opportunity to revise and extend, he didn’t make things better, but I don’t think any cleanup effort will. Republicans have dedicated themselves to concealing President Trump’s corrupt self-enrichment, and Chaffetz is the guy they’ve designated to take the lead in that effort. For him to turn around and boast that Republicans are going to make the rest of us worse off—and as an outgrowth of a supposed commitment to personal responsibility—is a bell that can’t be unrung.

The Obamacare repeal process was foundering before Chaffetz became a symbol of its cruelty. Perhaps Republicans will coalesce to pass a repeal bill in spite of these difficulties. And if they fail, most likely they would have failed notwithstanding Chaffetz’s error. But if Obamacare survives, people may well look back and say his “let them eat iPhones” moment was a major turning point.