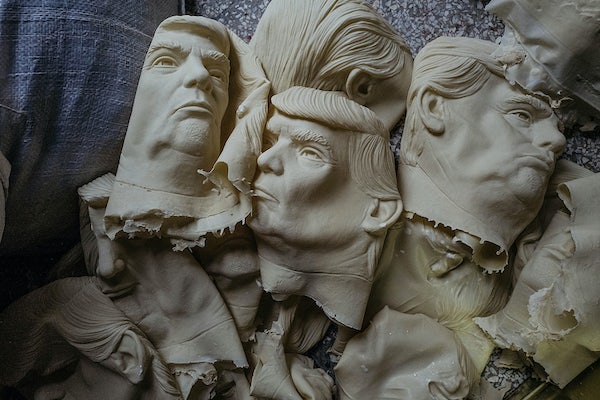 China has granted approval to 38 Trump trademarks, including for an escort service.

One of Trump’s signature issues has been his promise to get tough with trading partners like China, which he alleges takes unfair advantage of the United States. It looks like Trump has succeeded in his promise to get China to open up to American trade, at least on a personal level. According to a report from the Associated Press, the Chinese government has moved swiftly to grant those requested trademarks, which in addition to the escort service include hotels. (The escort service is likely a defensive move to protect against someone starting Trump Escorts in China.)

The granting of so many trademarks so quickly does raise the possibility that the Chinese government is trying to curry favor with the president, which might violate the Emolument Clause of the Constitution. Richard Painter, former ethics advisor to George W. Bush, notes, “A routine trademark, patent, or copyright from a foreign government is likely not an unconstitutional emolument, but with so many trademarks being granted over such a short time period, the question arises as to whether there is an accommodation in at least some of them.”

If Congress does ever decide to exercise its constitutional duty to check Trump, these trademarks could easily be evidence against the president.