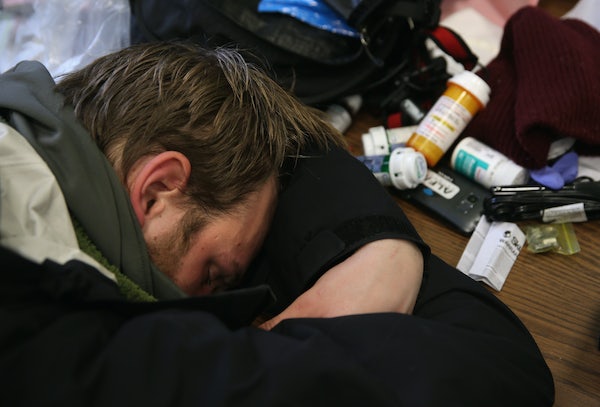 The sheer volume of prescription opioids distributed to pharmacies in Cabell County is excessive for the medical need of the community and facially suspicious. Some red flags are so obvious that no one who engages in the legitimate distribution of controlled substances can reasonably claim ignorance of them.

The Washington Post reports that attorneys general in several other states are considering similar legal action.

The lawsuit stems in part from a stunning Charleston Gazette-Mail investigation that traced the “trail of painkillers” killing West Virginians. According to the Gazette-Mail, drug wholesalers saturated the state with so many painkillers that there are approximately 433 painkillers to every human being in the state. Meanwhile, distributors failed to report suspicious orders, the state pharmacy board neglected to enforce regulations that should have checked the spread of the epidemic, and pain clinics churned out spurious prescriptions on demand. It’s been a lucrative crisis:

As the fatalities mounted—hydrocodone and oxycodone overdose deaths increased 67 percent in West Virginia between 2007 and 2012—the drug shippers’ CEOs collected salaries and bonuses in the tens of millions of dollars. Their companies made billions. McKesson has grown into the fifth-largest corporation in America. The drug distributor’s CEO was the nation’s highest-paid executive in 2012, according to Forbes.

Lawsuits may be one of the few tools West Virginia has left at its disposal. It can expect no assistance from the GOP, whose Obamacare replacement would remove a requirement that insurance cover mental health and addiction treatment. Meanwhile, the state’s epidemic has become so dire that its indigent burial fund is running out of money to bury overdose victims. This crisis did not happen organically: Corporations prioritized profits over human lives. A successful lawsuit won’t end the epidemic, but it’ll help, and it would introduce some measure of justice to a state in dire need of it.