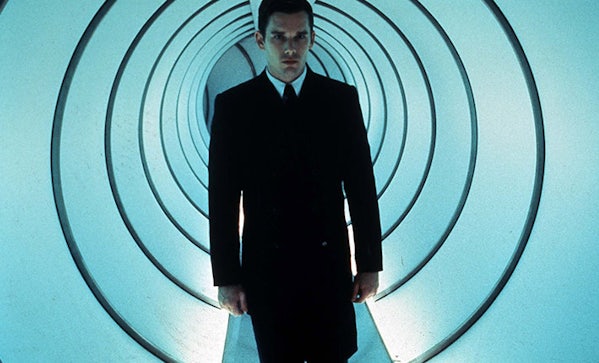 Is the Republican Party trying to role-play Gattaca now?

It is day 50 of Donald Trump’s presidency. Fifty days is not a particularly long time: It’s not even two full months. But it is just long enough to reveal a troubling pattern in the Republican Party’s emerging approach to disability rights. Under Trump, Americans with disabilities already confront the twin specters of an education secretary disinterested in anti-discrimination law and a health care proposal that financially penalizes people for being poor and sick. Now House Republicans are trying to roll back certain provisions of the Genetic Information Non-Discrimination Act (GINA) and the Americans with Disabilities Act (ADA).

Under the House bill, none of the protections for health and genetic information provided by GINA or the disabilities law would apply to workplace wellness programs as long as they complied with the ACA’s very limited requirements for the programs. As a result, employers could demand that employees undergo genetic testing and health screenings.

As Stat notes, there’s no evidence that “wellness programs” really improve employee health. They’re also invasive and intrinsically discriminatory because they allow employers to penalize employees for the lifestyle decisions they make. Don’t want to pay extra for your insurance premium? Eat more vegetables and cut out your after-work beer. This is precisely why the business community has long lobbied for a weakened GINA and ADA: What corporation wants a stable of sick horses?

The Obama administration allowed wellness programs to proliferate, though it did force them to adhere to restrictions intended to protect employee privacy. But America’s Mr. Burnses now find especially dedicated champions in Trump’s GOP. If HR 1313 becomes law, they’ll be able to access the most intimate information about their employees. And though the proposed law renders genetic data anonymous—your boss will get the results of your genetic testing, but not your name—it’s still bad news for people with certain inherited conditions and traits. If you have a rare genetic disease, your boss could theoretically ascertain your identity and penalize you for having the wrong kind of genome.