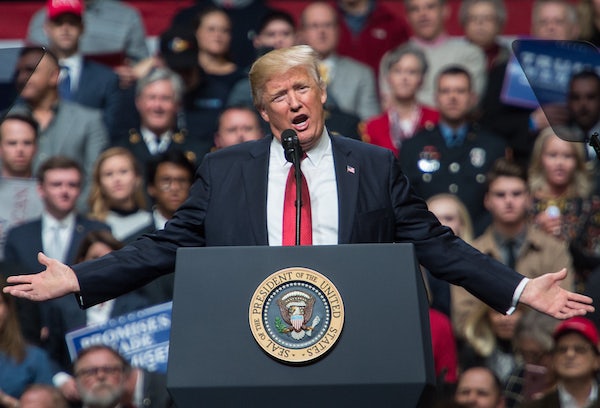 Trump lost again on the Muslim ban—and laid the groundwork for future defeats.

Last night, a federal court in Hawaii blocked the president’s executive order on immigration. Among the reasons cited by the court was the fact that members of Trump’s team made it clear in their statements that this executive order, like an earlier one, was intended to be a Muslim ban. As the court noted:

The Government appropriately cautions that, in determining purpose, courts should not look into the “veiled psyche” and “secret motives” of government decisionmakers and may not undertake a “judicial psychoanalysis of a drafter’s heart of hearts”.

The Government need not fear. The remarkable facts at issue here require no such impermissible inquiry.

For instance, there is nothing “veiled” about this press release: “Donald J. Trump is calling for a total and complete shutdown of Muslims entering the United States.”

Rudolph Giuliani explained on television how the Executive Order came to be. He said: “When [Mr. Trump] first announced it, he said, ‘Muslim ban.’ He called me up. He said, ‘Put a commission together. Show me the right way to do it legally.’”

Remarkably, in a rally in Tennessee, Trump decided to provide even more justification for the court’s judgement. “The order he blocked was a watered down version of the first order that was also blocked by another judge and should have never been blocked to start with,” Trump declared. With these words, Trump essentially conceded the legal argument made by opponents of the new executive order, that it merely reworks an earlier executive order already declared unconstitutional.

If the Trump administration appeals the latest decision, the president’s own words could easily be used against him. He has planted the seeds for future legal losses.