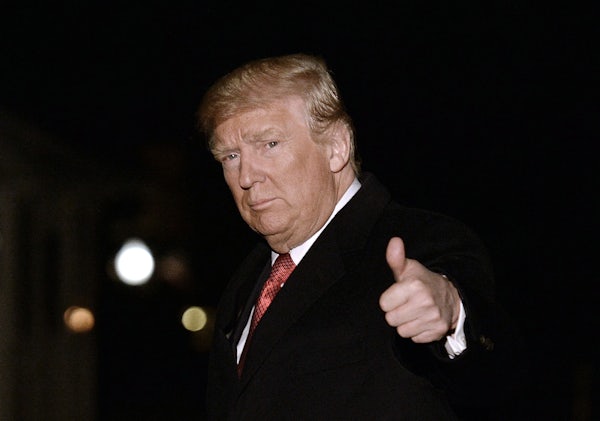 Trump’s budget is a middle finger to science.

The budget, released Thursday, calls for eliminating hundreds of millions of dollars for scientific research programs. If Trump gets his way, the budget at the National Institutes of Health—one of the world’s most renowned medical research centers—will be slashed from $31 billion to $25.9 billion. Earth science at NASA will be cut by $200 million, and the development of four Earth-monitoring satellites will be killed. Climate change research will be completely dropped from the Environmental Protection Agency, as will clean energy research at the Department of Energy.

Michael Mann, a Penn State University climate scientist known for being politically outspoken, said the budget makes clear that Trump is “doing the bidding of ExxonMobil, Koch Brothers, and other fossil fuel interests in attempting to curtail scientific research into human-caused climate change.” In the climate science community, he said, “Our worst fears are now being realized.”

The American Association for the Advancement of Science—the world’s largest scientific society, which contains scientists from all types of disciplines—also swiftly rebuked Trump’s budget. In a statement, AAAS president Rush Holt said it would “cripple the scientific and technology enterprise through short-sighted cuts to discovery science programs and critical mission agencies alike.” The Union of Concerned Scientists also chimed in, saying cuts to scientific agency satellite programs would “undermine our nation’s ability to forecast weather, prepare for and recover from disasters, and safeguard national security.”